The Fashion Capital Of The World

The Fashion Capital Of The World

A fashion capital is a city that has a considerable impact on global fashion trends. Fashion design, manufacturing, retailing, and events such as fashion weeks, awards, and trade fairs all create substantial economic output. 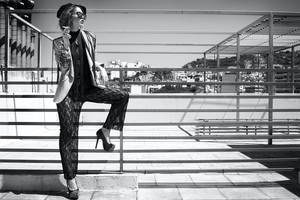 London, Milan, New York, and Paris are regarded as the worldwide “Big Four” fashion capitals of the twenty-first Century.

New York used to be regarded as the fashion center of the world. The top spot is re-assigned every year depending on fresh trends and inspirations. It’s thrilling to see the list increase year after year as more cities worth seeing are included. Fashion capitals are now evaluated according to their influence and contribution to the industry.

What better way to spend your free time than visiting some of the world’s most fashionable cities? You may spend your time seeing some of the most famous towns in the world where your favorite designers were born, as well as checking out where new labels are launched. Find your next fashion destination by scrolling through the list of capitals.

What Is Fashion Capital? 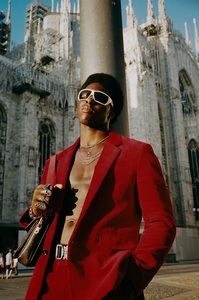 A fashion capital takes the lead in terms of fashion and design. Furthermore, fashion capitals often offer a diverse range of commercial, creative, entertainment, cultural, and recreational activities. They are known worldwide for having a distinct and distinctive character.

It has also been highlighted that a city’s domestic and international profile has grown more related to its standing as a fashion hub. Fashion capitals are likely to be part of a larger design scene, including design schools, fashion periodicals, and a wealthy local market.

Since the 16th Century, Milan has been known as the Fashion Capital of the World. The phrase “fashion capital” is now commonly used to characterize cities that host fashion weeks, Milan, London, Rome, and New York. In addition, many other locations organize prominent fashion events and have a significant influence on worldwide fashion.

History Of Fashion Capital Of The World?

Several cities have historically served as fashion capitals. Due to the cultural dominance throughout the Renaissance era, numerous city-states in what would become modern Italy were Europe’s major trendsetters. Cities like Florence, Milan, Rome, Naples, Genoa, and Venice are included.

London became a key metropolis in European fashion in the late 16th Century, thanks to advances made possible by the influence of the English royal court. Similarly, because of Spain’s strength, the Spanish court began to influence fashion, making it a key center. With the dominance of the French court under Louis XIV, Paris established itself as a key fashion center in Europe in the seventeenth century, as the Renaissance faded.

With the formidable British Empire and youthful Queen Victoria on the throne (from 1837), London once again became a significant fashion leader in the nineteenth century. However, it continued to turn to Paris for artistic influence, and Charles Frederick Worth, the British ‘father of haute couture,’ moved to Paris in 1846. He did so to refine and subsequently monetize his skill, as well as to host the first fashion shows and introduce the notion of fashion labels.

Beyond The 20th Century 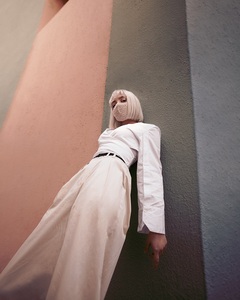 Berlin was the avant-garde fashion hub of the Roaring Twenties. New York City grew in importance as a fashion city during the twentieth Century, but notably, after World War II, challenged Paris’ supremacy with a unique approach, particularly in the invention and popularisation of sportswear as fashion throughout the 1940s and 1950s. During the 1950s, Italy regained its status. Florence re-emerged as a fashion powerhouse, albeit the spotlight switched to Milan in the 1970s when major design businesses relocated to the city.

In the 1980s, Tokyo established itself as a fashion capital, with a new generation of avant-garde designers such as Issy Miyake and Rei Kawakubo of Comme des Garçons gaining international acclaim, even though most of the city’s newcomers rose to prominence after showcasing their clothing in Paris.

The utilization of materials and the manner designers cut and draped were all drastically different. Since then, new fashion centers have sprung up worldwide, and the old order has been challenged by forces from Africa, Australasia, and South America. Since 2007, Berlin has been reintroduced as a key center for worldwide fashion trends.

The move away from the traditional dominance of five key cities (London, Milan, New York, Paris, and Tokyo) was explored in a 2011 edition of Fashion Theory: Journal of Dress, Body, and Culture, with co-editor Lise Skov suggesting an industry of the “polycentric” fashion developing in the 21st Century.

In 2019, the Vienna-based fashion intelligence business IFDAQ, led by fashion sociologist Prof. Frédéric Godart, used neural networks from a big data lake to quantify cities’ relevance, influence, and impact in the fashion industry in a scientific way. New York was named the leading fashion metropolis, followed by Paris, Milan, and London, according to the IFDAQ Global Fashion and Luxury Cities Index. In collaboration with the Institution of Engineering and Technology, the data was further refined to depict the influence of geopolitical events on fashion capitals, such as Brexit and the US-China trade war.

What Can Be Expected To Find In The Fashion Capital Of The World? 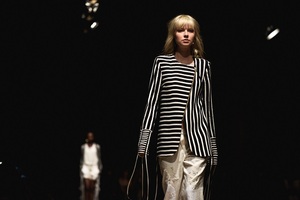 The world’s fashion capitals will inevitably have the largest retail complexes featuring high-end designers. Annual Fashion Weeks are also conducted to allow the general public to participate and learn about the fashion industry’s plans. These towns also include museums and monuments dedicated to fashion, where tourists may learn more about the industry. Each fashion capital is unique, yet not every city is appropriate for everyone. In Paris, for example, perfect tailoring, classic design, and neutral hues are all accessible. Depending on your interests, you might wish to go to a different fashion hotspot.

The Top Fashion Capital Of The World

If you’re a fashionista looking for high-end, runway fashion, there are various places in the world to select from. Whatever your taste, a capital with luxury clothing is waiting for you.

New York has already been named one of the world’s top fashion capitals. Many designers claim that the city’s fashion heritage has inspired them greatly. During a period of political, social, and economic revolution in 1910, the city established itself as a fashion capital. New York was at the forefront of contemporary apparel in America, with imports slowly trickling in throughout World War I.

Paris is one of the world’s most well-known fashion cities. Seamstresses handled clothing until the 1850s, and the phrase ‘fashion’ was unheard of. Charles Frederick Worth created a label and sewed it onto the clothing he made. He had a lot of success as a result of this, including counseling consumers on what to dress. By 1858, fashion design arrived on the scene, and individuals began experimenting with different clothing patterns. 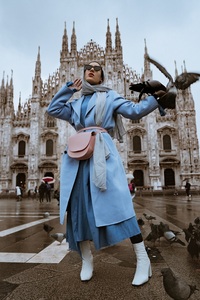 Milan is, without a doubt, the world’s most cosmopolitan fashion center. The year 1968 was marked by a wave of anti-political protests. Women began to strive for equal rights at this time, and this was when they began to wear pants. In Italy, Elio Fiorucci pushed women’s jeans and founded a store in Milan. These quickly became the epicenter of Milanese fashion.

Fashion designers and buyers from all over the world flock to London. It has produced some of the world’s most desired fashion stars, like Vivienne Westwood and Mary Quant, because it was once a creative hotspot.

Importance Of Fashion Capital Of The World 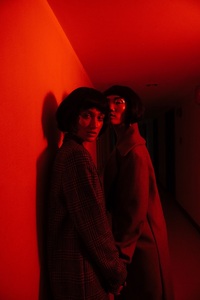 Capital is a country or region’s most significant city or town, generally the seat of government and administrative hub. There is no universally recognized capital of the world; however, many people believe that New York City is the capital because it is home to the United Nations headquarters.

New York Metropolis is a worldwide power city that has been dubbed the world’s cultural, financial, and media center, and has a substantial effect on business, entertainment, research, technology, education, politics, tourism, art, fashion, and sports. A fashion capital is a place that has a significant impact on global fashion trends. Fashion design, production, and sales would all be available in such a metropolis.

Important fashion events, such as fashion weeks, award ceremonies, and trade exhibits, would also take place on such a site. A fashion capital would create large economic production from markets such as clothes, textiles, and footwear. Paris, Milan, London, and New York are regarded as the world’s Big Four fashion capitals. Other cities, such as Hong Kong, Montreal, and Los Angeles, are, nonetheless, quite significant. 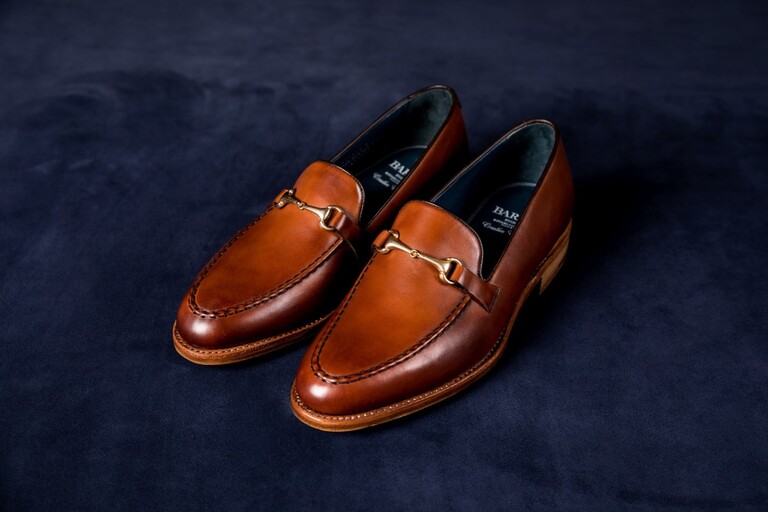 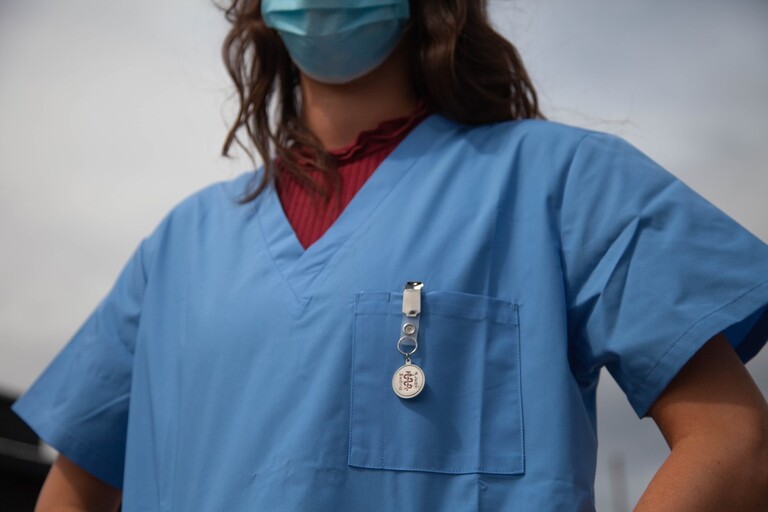 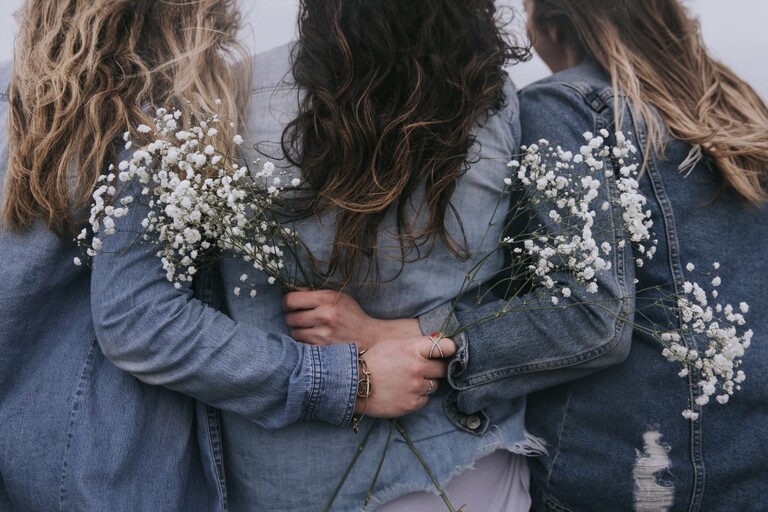