When To Take Christmas Decor Down

When To Take Christmas Decor Down

Most of the tradition around removing Christmas decorations is centered around the tree because, in the past, that was probably the only decoration. According to tradition, the tree should linger until the “Twelfth Night.” 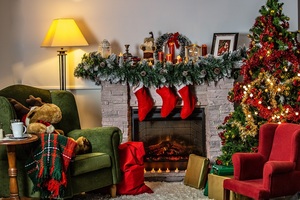 Nowadays, Christmas decorations have gotten bigger and more sparkly and have spread all over our homes and inside our homes. There are fewer dictatorial traditions in terms of wider decorations – like lights in our gardens. There is no right or wrong answer. Some people prefer to keep the decorations on longer to ease the January blues, while others are eager to put them away and do a deep clean.

In fact, during the pandemic, a shift had seen in Christmas decoration schedules, with people putting them up earlier and taking them down much later, to add as much joy as possible to what have been two uncertain holiday periods.

A campaign group in Nottinghamshire, Let’s Light Up Locally, put up their Christmas decorations on November 1, 2020. The Kent village of Tankerton switched its Christmas lights back on in mid-February 2021 to help lift community spirits during the winter shutdown.

When To Take Down Your Christmas Lights And Tree 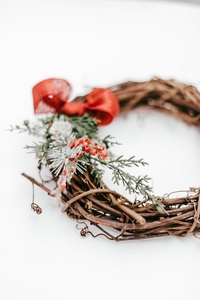 Twelfth Night, the conclusion of Christmas and the Eve of the Epiphany (Christian feast day), is the time to take down your Christmas tree and pack up your decorations, according to Christian tradition back to the fourth century.

That means you’ll be able to enjoy the dazzling lights for a bit longer, for Twelfth Night will occur on either the 5th or 6th of January 2022, depending on tradition. However, be aware that putting up your Christmas decorations after this day brings ill luck.

The Epiphany, which falls on January 6, commemorates the Magi – the Three Kings or Wise Men – paying a visit to infant Jesus in Bethlehem and presenting him with gifts of gold, frankincense, and myrrh.

Another, perhaps less well-known, custom is that you must take down your Christmas tree before midnight on New Year’s Eve (December 31). If you keep your tree longer than that, superstitious people believe you will be unlucky in the New Year.

How Long Does A Christmas Tree Last? 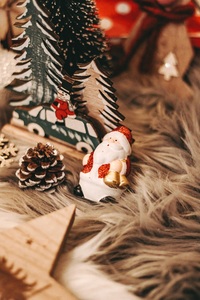 It’s not uncommon for UK residents to get in the holiday spirit by getting their trees early in December – but there’s no set “correct” time to erect them.

Taking advent custom under consideration, before Christmas, the tree must go up to four Sundays, which this year fell on November 28. However, in Roman Catholic tradition, the Christmas tree is not being put up until the afternoon of Christmas Eve.

In the case of a real tree, according to the recommendation of the British Christmas Tree Growers Association, buying a Christmas tree at the beginning of December and adding that a well-cared-for tree should last four weeks or more.

How long the tree can last depend on its size and type, with a Nordmann fir staying intact for five to six weeks indoors, while spruce may start dropping needles after a couple of weeks.

When To Set Christmas Tree Down?

Christmas trees are traditionally up until “Twelfth Night,” which celebrates the arrival of the Three Kings, or Magi, who brought gifts to baby Jesus as they followed the star of Bethlehem.

When Should You Take Down Your Christmas Decorations? 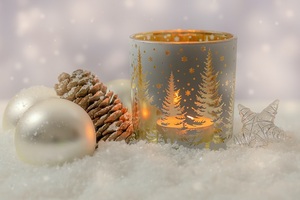 According to tradition, the decoration and Christmas trees should be removed on the Twelfth Night or Epiphany to avoid misfortune after the season of joy. The belief has evolved into modern times, with Professor Groom explaining: “Basically it was the Victorians who determined that Christmas decorations had to be taken down after 12 days because they wanted everyone to work. They designated it as the Christmas season in the 19th century.”

Indeed, the Tudors continued to celebrate until February 1, this tragic shortened of the festive season. The eve of Candlemas, a Christian holiday commemorating the newborn Jesus was given to God in the Temple in Jerusalem, fell on this date.

According to Candlemas traditions, Roman Catholics can keep their tree in full festive functioning condition until February 2. Also, because Orthodox Christians celebrate Christmas Day on January 7, they are more inclined to keep their tree and decorations up until the end of the month.

When Is The “Twelfth Night”? 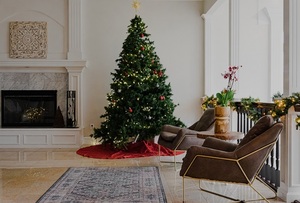 This becomes further confusing by considering whether Twelfth Night occurs on the 12th day after Christmas or the evening before. “Twelfth Night is the eve of the twelfth day – still Christmas Eve is being considered as Christmas night,” said Professor Nick Groom of the English department at the University of Exeter.

The observance is also widely considered to mark the arrival of Epiphany, a Christian holiday that falls on January 6 that means different things depending on which church you follow. It is originated in the East, where Christians commemorate Jesus’ birth and baptism. According to the Nativity account, it was first observed by the Western Church in the 4th century as the day the star guided the wise men to see infant Jesus.

According to christen tradition, the event gets started four weeks before Christmas Eve (December 24), starting on Sunday, while different beliefs make the period after Christmas more difficult to define, especially Twelfth Night.

If this tradition is followed, then setting down the Christmas decorations or, more specifically, a Christmas tree depends on when you start the “12 days of Christmas” counting.

Why Do We Have Christmas Trees In The UK? 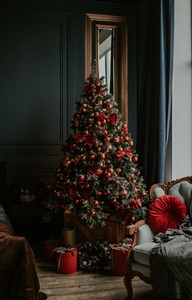 After Prince Albert imported a spruce-fir from Germany for his wife Queen Victoria in the 1840s, and the royal pair made it popular to decorate it, the tradition carried on. According to Hannah Fleming, trees were originally a German tradition, curator of the Geffrye Museum. “It was popularized thanks to Queen Victoria and Prince Albert.”

What To Do With Real Christmas Tree

While there are many traditions, remember to do your part for the environment when you take down your Christmas tree. If you have a real Christmas tree, keep in mind that it may be composted and made into wood chips, which can later be used in gardens or wooded areas.

Some municipalities may collect Christmas trees and regular yard litter, while others have specific collections and landing sites. For more information, go to your local government website. You’ll also discover that many garden centers gladly accept old trees. If you have a potted Christmas tree, remember that you can put it in the garden when the holiday is over. 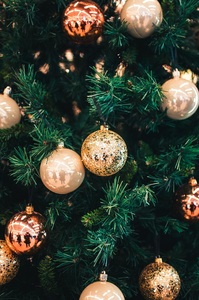 Saint Stephen’s Day, the second day of Christmastide, is commemorated in honor of Saint Stephen, one of the earliest Christian martyrs, who was stoned to death in 36 AD.

Each of the 12 days following Christmas has a special meaning, celebrating two different saints on the feast day. For example, Boxing Day on December 26 commemorates Saint Stephen the Martyr, also known as Saint Stephen’s Day.

Epiphany, also known as Theophany in Eastern Christian traditions, is a Christian feast day commemorating God’s manifestation in Jesus Christ. In Western Christianity, the feast celebrates the Magi’s visit to the Christ Child and consequently Jesus Christ’s bodily appearance to the Gentiles (albeit not exclusively).

Three Kings’ Day is another name for the holiday, also known as Little Christmas in various cultures. In various churches, the feast of the Epiphany also marks the start of the liturgical season of Epiphanytide.

Each year on January 6, the festival season ends, and this closure is also known as Epiphany. It is a prehistoric Christian holiday that celebrates the baptism of Jesus by John the Baptist and that of the arrival of the Magi.

All over the world, there are special services. In Rome, the Pope presides over the Vatican’s annual Divine Liturgy on the occasion of Epiphany. 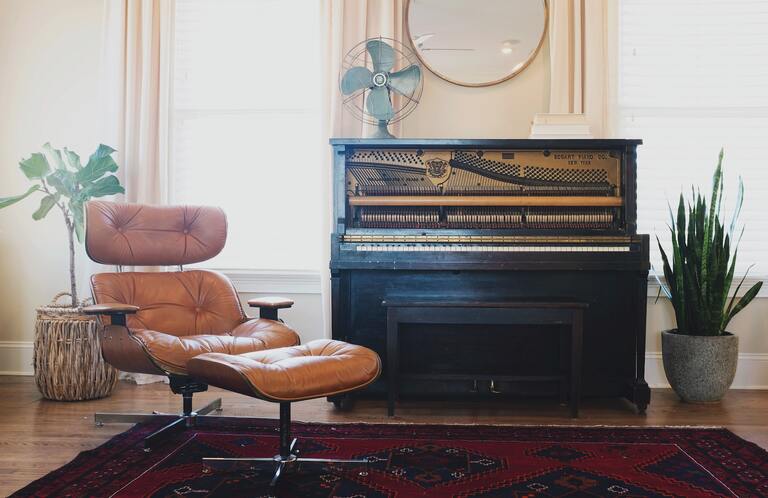 Is Sitting In A Recliner Bad For Your Back? 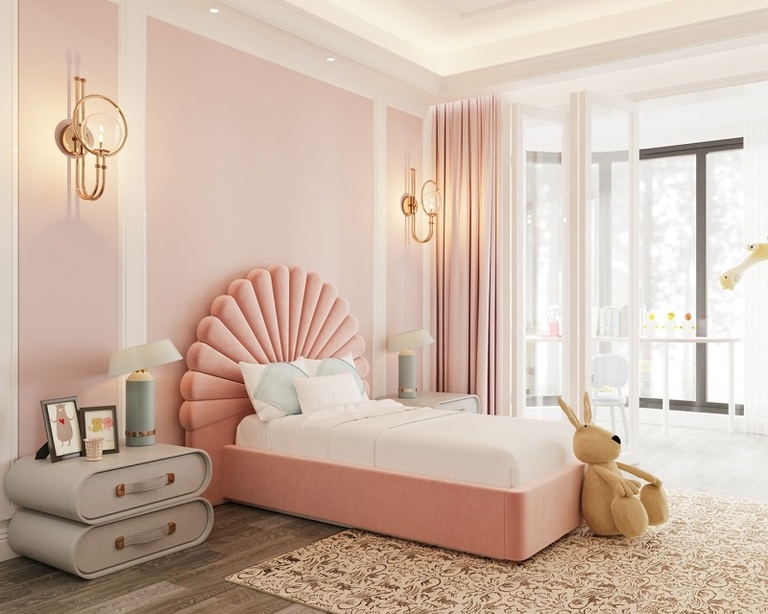 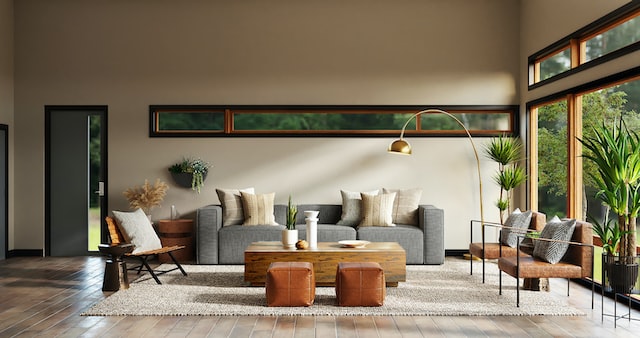 What Is Luxe Interior Design?